All the great teachers I have studied with (Karate, Judo, Tai Chi Chuan) regardless of martial art have been unanimous in declaring that the essential elements of their art were encoded in the most basic practices – and that to really master body use, timing and distance and empty handed technique, weapon training was an essential study.

Morihiro Saito Sensei was no exception in his regarding weapons practice as being at the root of the technical system.

When considering this basic principle (Riai) Sensei said once that ‘the relationship between weapons and empty handed training should be close – but not too close!’.

Riai is not a purely horizontal or vertical relationship. Swordwork has a sharp precise ‘cutting’ quality that needs to be refined and given more circularity and softness in empty handed techniques. When weapons dominate one’s Aikido the quality in Taijutsu is often too sharp and direct. Without weapons one’s Taijutsu often lacks the precision and clarity of handwork and technical precision which is more often the case when weapons form the basis of one’s movement (Tai Sabaki). We look for a balanced relationship between these two arms of the art where both feed and reinforce each other in the most optimal manner. 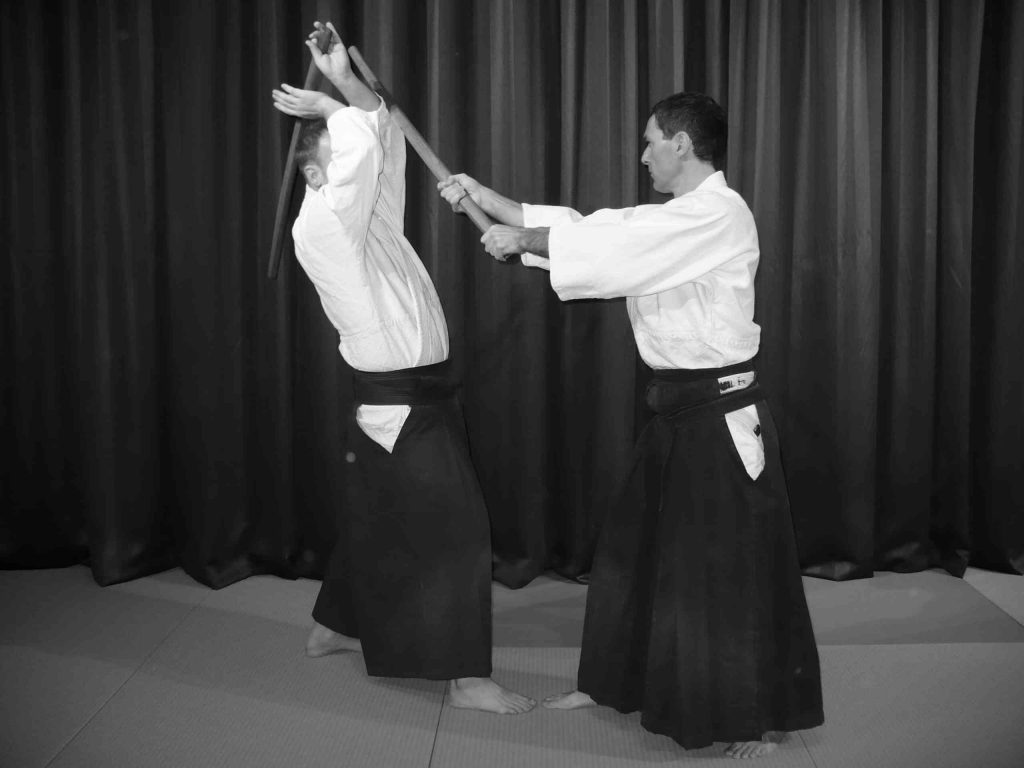